Hey Guys! I hope your week is going well. I have to be honest, the past couple of weeks has been full of ups and downs, but the highlight was being asked to write a guest blog post for my blogger buddy Tish Foster of Curvie Birdie.  The topic I chose to discuss with her readers was the peplum trend. Now, I'm not going to rehash the same blog post, but it did inspire my Two-Way Tuesday post this week.

Many of you may remember when first I dawned my navy double peplum ASOS top this past August while covering a book launch. Well, I have been dying to wear it again, but the opportunity didn't present itself until last Thursday night while covering a holiday concert. Originally I wore the look with a gold pencil skirt from Talbot's, nude Jessica Simpson Pumps and an AMAZING Enjeanious by Rean Fisher necklace. I really didn't think the look could get any better than that. 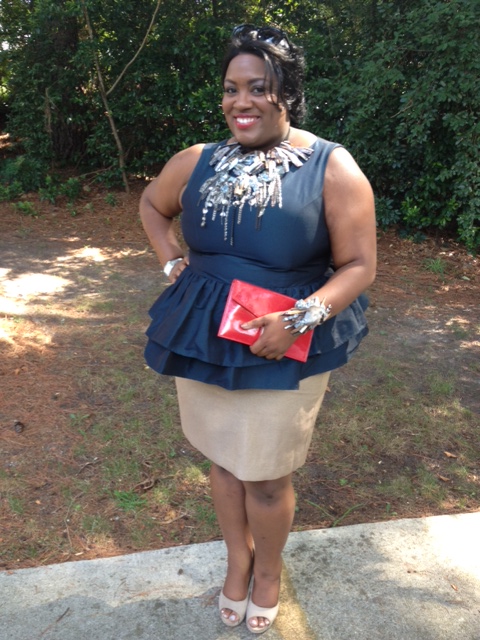 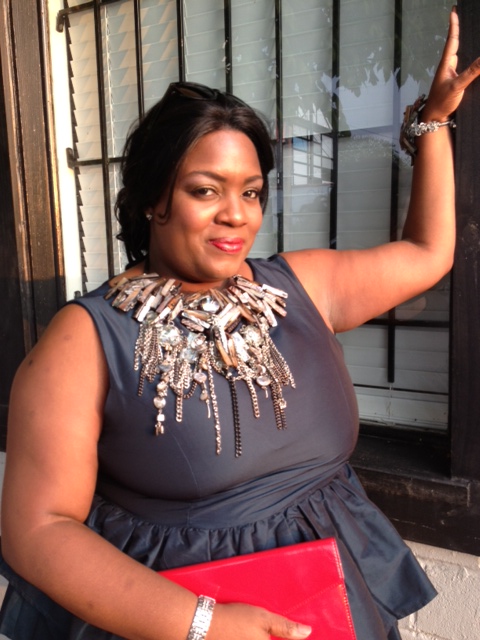 Well, that's until I made the switch... While taking advantage of the ASOS Black Friday 30% off sale, I scored an awesome ASOS Curve Tulip Skirt amongst many other things. Something about this skirt stood out. It appeared to be the same material as my double peplum top. I was totally elated when it arrived and it was in fact the same material. That gave me the idea to combine the two and create what looked like a peplum dress!

I rocked this look while covering the #LiveFromtheLoews Holiday Jingle Jam hosted by Rene Miller (full recap coming later this week). I paired it with my new ShoeMint 1st Anniversary Zoe pumps, Brighton Cover Girl Bowler handbag, watch and bangles. Of course I also had to dawn my new Henri Bendel Pop Phone as well. So, there you have it top worn two fabulous ways! I hope you enjoy!! 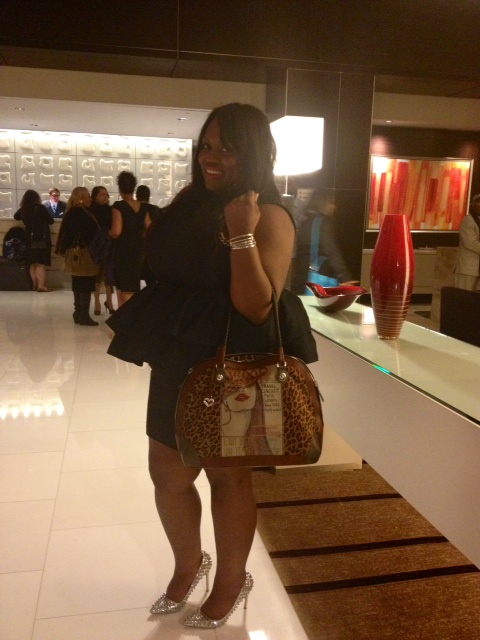