Hey guys, Two-Way Tuesday will be back next week, because I had to take the opportunity to share with you my adventure this past weekend. On Saturday I covered the most important event of my blogging career so far; the 29th Annual UNCF Mayor's Masked Ball.  This event was the highlight of the social season and was hosted by the Honorable Mayor Kasim Reed. The "Who's Who" of Atlanta's black elite were all in attendance of this grand affair. Because this event was a fundraiser, entry came with a hefty price tag. Thankfully the powers that be took a chance on me and extended the opportunity for me to cover this event as an official member of the press. 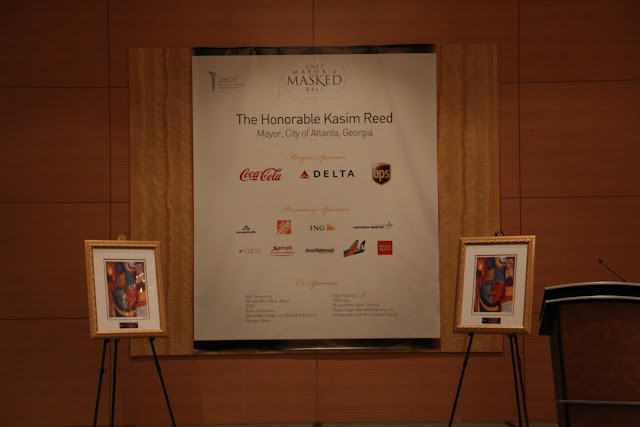 Unfortunately, due to unforeseen circumstances, I was unable to keep you guys abreast in real-time as I normally do, but I had my fabulous photographer Phillip Dockery of MOBOC Productions capturing part of the night with me. The Atlanta Marriott Marquis served as the stage for this fabulous affair and perfectly executed the elaborate setup for this amazing event. Because this was the biggest event of my career, I decided to make a weekend of it and stay at the hotel. I was able go score a great deal on the room and have luxury of just walking down stairs when it was time for the event.  As you know from my Makeup Monday post, Celebrity Makeup Artist Shalawn Willis dolled up my face. As far as my attire, I wore a custom made Lavender's Jungle ball skirt from Twelve 24 Boutique and was adorned with a custom
Enjeanious by Rean Fisher statement necklace.

When I finished getting dressed, I headed to down to the Mezzanine Level to meet my photographer and begin covering the evening. After receiving my press pass, and grabbing a shot with my mom (she dropped by to wish me luck) in front of the Marriott's Christmas tree I officially entered the VIP Reception. Once inside I was greeted by a lovely group of UNCF Hostesses who were very and charming. We chatted about my amazing Rean Fisher necklace and I even shared with them some pics of me in previous looks.

As the evening progressed, the room to began to fill with celebrities, dignitaries and other distinguished guests. Although the Mayor's Ball is official place to see and be seen, the true purpose of the ball was to raise money for the United Negro College Fund (UNCF). The UNCF is the largest minority education organization. By providing operating capital to over 38 HBCU's and extending scholarships and internships  to more than 900 other institutions, the UNCF over the last 67 years has raised over 3.3 billion dollars and helped more than 400,000 students.

After everything was said and done, more than 1 million dollars was raised at the ball . These funds will benefit four Atlanta HBCU's as well as he other's that UNCF supports. Covering this event has really effected me in a positive way. Seeing so many African American men and women in positions of power all working together to support something that is benefiting so many was absolutely awe-inspiring. I am truly thankful to have had the opportunity to cover such an inspirational event and hope to be able to do so again. For more information on the United Negro College Fund, visit www.uncf.org . 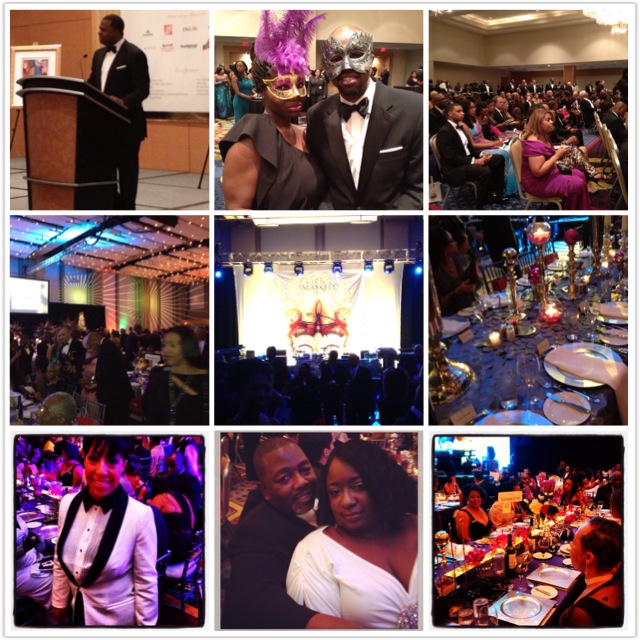 Posted by Parker Simmons at 8:23 AM