Happy Independence Day!!! In the past I have featured a segment called Parker Style Remix, where I have re-created the looks of some of my favorite female fashion influencers. In the spirit of embracing my independence from the fashion norm, I am finally introducing something to the blog I've wanted to for a long time, Menswear! I know that may sound crazy, as I am a woman, but a fun fact about me is that I actually began my fashion career styling men! I have worked for a few prominent menswear retailers and have always been completely fascinated w/ menswear. I mean seriously, a man can wear the same pair of pants and shirt everyday and just switch up the tie, socks and shoes and have an entirely different look. What's not to love about the intricate simplicity of that?!?!

The year of 2015 has been all about innovation, elevation and evolution for me and I think this new Menswear Makeover segment embraces the spirit of all of these things. The first man to be featured in this segment is fashion powerhouse Michael-Anthony Spearman, better known as The Big Fashion Guy. Imported from Detroit, Michael-Anthony is a menswear blogger, stylist and aspiring designer. I chose Michael-Anthony not only for his impeccable style, but also because his guiding fashion principle is similar to mine. His goal is to inspire gentleman as I inspire women, to embrace fashion and dress their best not matter their size.

I recently started following Michael-Anthony a few weeks ago on Instagram and became completely enamored w/ 2 looks he featured wearing a boater hat. Seeing these looks is what inspired this whole  new Menswear Makeover segment. 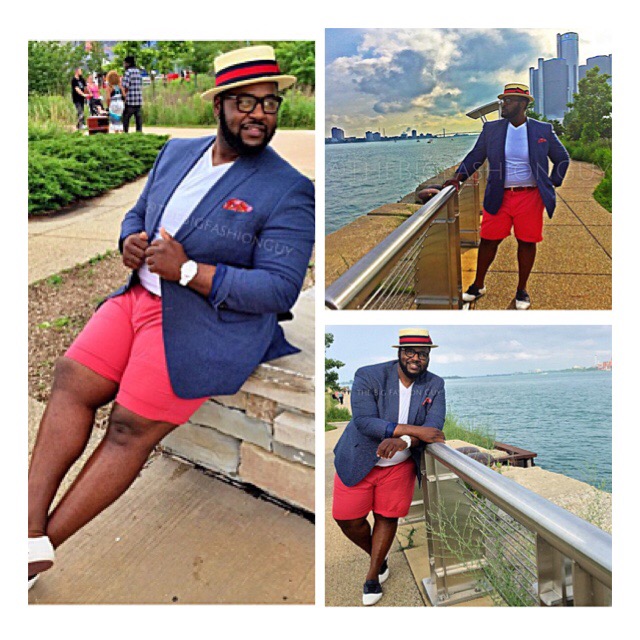 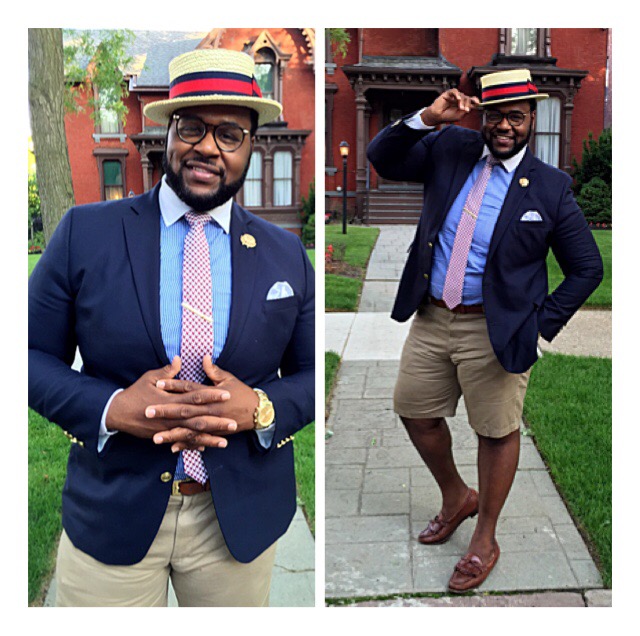 Now that I've got the inspiration, it's time for the interpretation. How do I dress like a man but still look completely like a woman? Surprisingly, I had most of the elements for the look already in my closet w/ the exception of the hat, tie & pocket silk (all scored on #AmazonPrime). I decided to pull out my fave little red dress from Alloy, a white Talbots button up, navy mens blazer that I scored from the Neiman Marcus for Target collaboration on clearance a couple of years ago and my white, never worn Cole Haan oxfords. 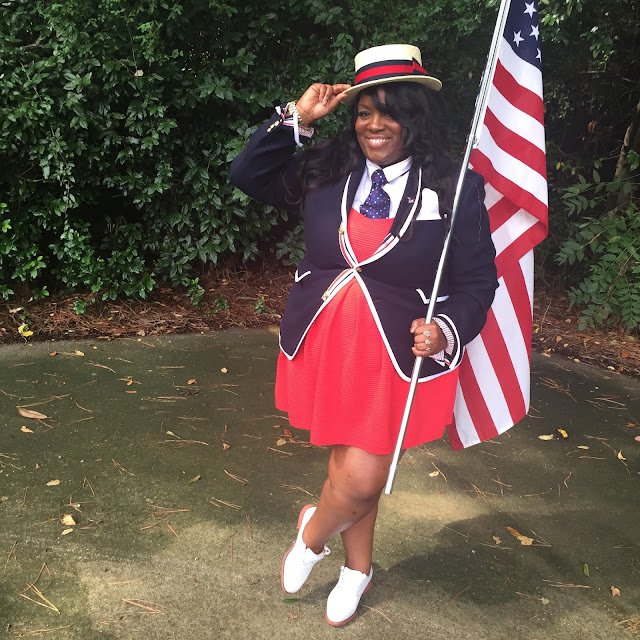 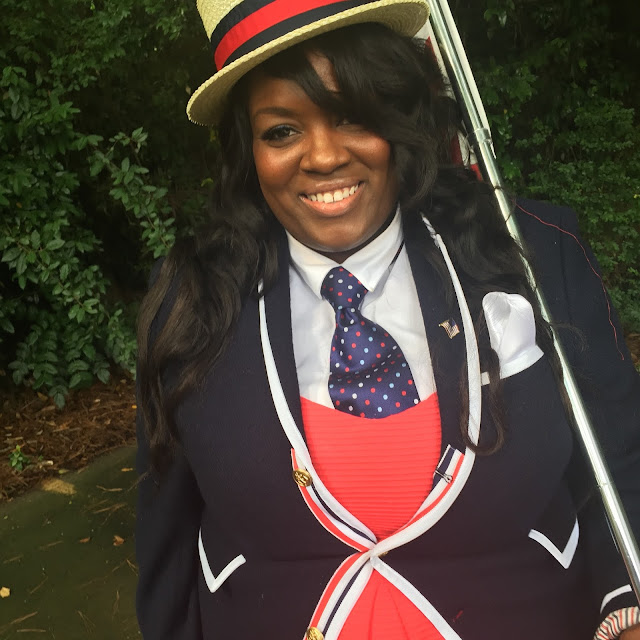 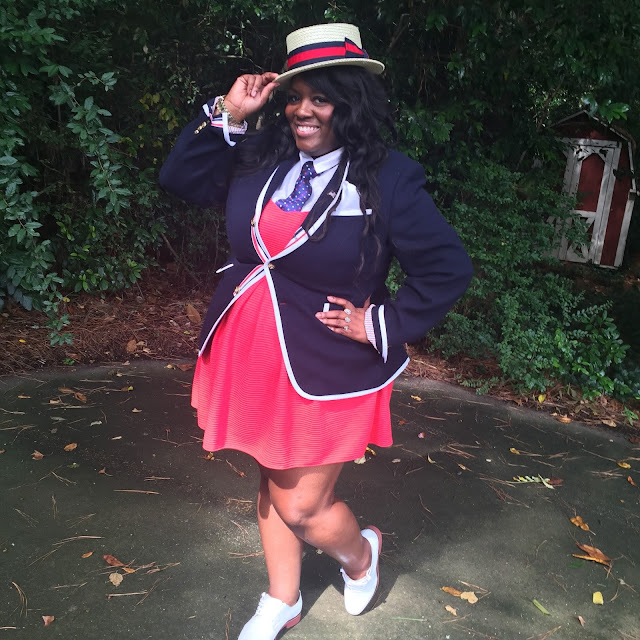 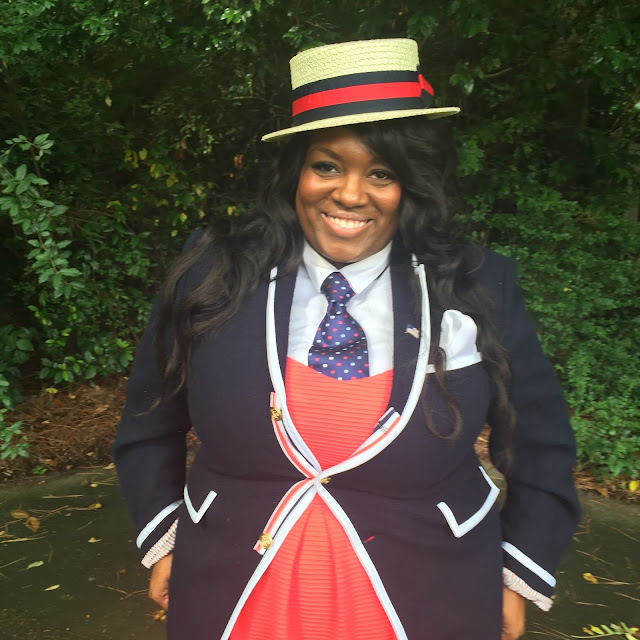 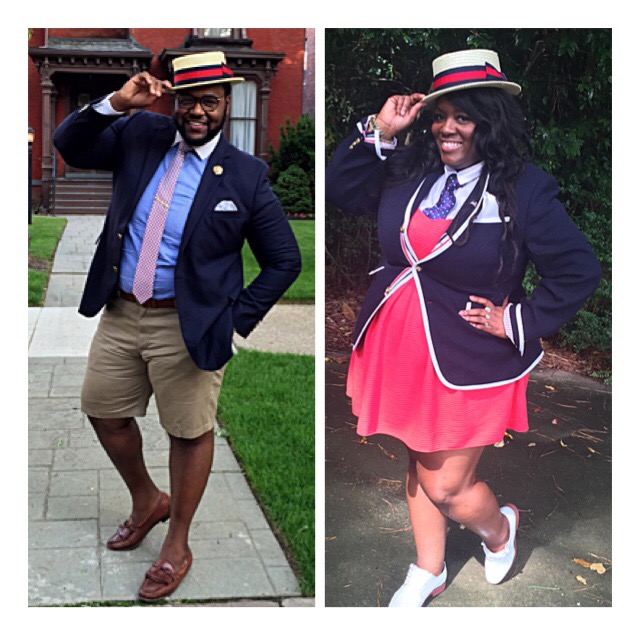 What do you think? I am so pleased w/ how the entire look came together and I think I captured the essence of his look but still stayed true to my own style and look very much like a woman. I would also like to add that I tied my own Double Windsor knot and did my own hair and makeup! I hope this look inspires you to break out of your shell and embrace your fashion independence! Special thank you to Michael-Anthony Spearman for being the inspiration of the new #MenswearParkerstyle movement. Follow him on Instagram @thebigfashionguy and like him on Facebook. Until next time... "Make the world your personal runway and I'll see you on the front row!"